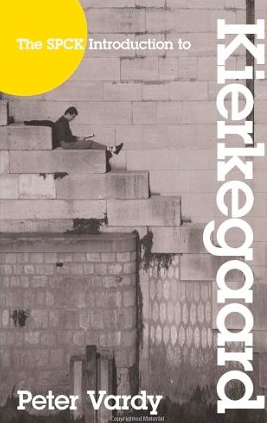 Here are some reviews…

“An astonishing feat. . . . Vardy forms a compelling reading of [Kierkegaard’s] life and his thoughts for any student of philosophy or those simply seeking to reach an adequate understanding of the philosopher.”- Suresh Vythylingam, Southwestern Journal of Theology

“Danish philosopher Søren Kierkegaard gets a refreshingly clear and concise introduction in this latest book from Vardy, author of three The Puzzle of … books (God ; Sex ; Ethics ). The author’s skill as a teacher is apparent, as he manages not only to render the themes and intellectual characteristics of Kierkegaard’s theology accessible to general readers but also to elicit sympathy for the occasionally off-putting and morose Dane. Dedicated to “that solitary individual” to whom Kierkegaard aimed his own writings, this book makes the 19th-century philosopher’s explanation of a faith lived in the face of the absurdity of the incarnation engaging and sensible. Some thoughtful Christians will find it inspiring. Drawing from a variety of Kierkegaard’s writings, Vardy shows how Kierkegaard’s principled and uncompromising definitions of truth and sin, his understanding of the function of suffering and his view of love and the God-relationship are all crucial to understanding the Danish thinker’s intellectual arguments and personal sense of purpose. Although this introduction cannot treat Kierkegaard’s works exhaustively, it succeeds in making his key ideas come to life and gives the primary sources valuable context.” – Publishers Weekly

“An accessible introduction to one of the most influential philosophers of the nineteenth century. Peter Vardy makes Kierkegaard’s often complex and difficult thinking accessible to a wide audience… If you’re a Kierkegaard lover, nothing makes you cringe more than seeing all the simplistic, far-too-abridged, usually-off-the-mark condensations and interpretations of his massive corpus (especially those that try to systematize it!). Thankfully, in Vardy’s case, there is cause for jubilation. His Introduction fares well indeed by teasing out SK’s key thoughts, mood, and contributions, but without ever reducing it to anything so terribly un-Kierkegaard as a system! For those who don’t know SK at all but want to, this will now easily be my first recourse.”- American Theological Inquiry

“Vardy’s An Introduction to Kierkegaard is basic, but he is full of passion and excitement about Kierkegaard that his world and thoughts come alive for the reader. . . . Vardy’s writing style is very attractive, as he regularly draws modern illustrations . . . to demonstrate some aspect of Kierkegaard’s thought or argumentation. Also, his work is not only descriptive, but he sometimes corrects false notions of this philosopher. . . . If you are like me, finding philosophers dense and difficult to comprehend, I commend this book to you. Vardy has brought this great thinker to my level without too much reduction, a feat not accomplished by many theologians.”- Nijay K. Gupta, Ashland Theological Journal

“A fine primer. [A] highly readable [survey] that demonstrate[s] the abiding relevance of the peculiar insights and penetrating critiques that abound in Kierkegaard’s complicated corpus. Perhaps [its] greatest . . . strength is that [Vardy] read[s] Kierkegaard as Kierkegaard wanted to be read.”- Bruce P. Baugus, Calvin Theological Journal

5.0 out of 5 starsAbsolutely wonderful introduction to Kierkegaard

Format: Paperback
I read this book about 3 years ago, when I was 16 years old.
I found reading Kierkegaard a bit difficult (I started with ‘Fear and Trembling’)
But is was extremely interested in his writings and his life in general.
Peter Vardy provides a fantastic introduction to Kierkegaards life and teachings.
I learnt so much from this book looking back at it now, and I flick through the book now and again to remind myself of the fantastic messages Kierkegaard presented to humanity. It was a good time to philosophise and think about the issues that Kierkegaard raised.

Vardy outlines the several key points which Kierkegaard focused on during his lifetime through his works.
Such as the notion which faith is greater than reason, which is commonly rejected today, but this is an essential maxim to understand.
Kierkegaard’s genius in his ‘Three Stages of Life’ (aesthetic, ethical and religious) where he tackles the problems which the aesthetic and ethical which leads to despair where the religious remains the highest and worthy.
Kierkegaard has a presents Abrahams sacrifice to of Isaac and analyses it in various angles to study the notion of living in a relationship with God, presenting Abraham the title of ‘the Knight of Faith’.
Works of Love is presented and broken down for the reader to understand the unconditional love of Christianity.
But alongside this is the superb life story of Kierkegaard himself, who continues to be a influential figure to society today.

Yes the book is highly theistic and speaks much of Christian ideals, but Kierkegaard’s work is considered to be pivotal in existential thought and Christian theology.
I learnt a lot from this book, it has helped me develop as a person and consider whether I am living a life true to myself or not.
Peter Vardy being a fantastic author, I cannot stress how well he has present Kierkegaard in the book.
This is the best introduction on Kierkegaard I have read and I recommend it to everyone of all ages.

The Puzzle of Christianity

An excellent overview of Christianity, suitable for students and teachers embarking on the new GCSE and A-Level Religious Studies specifications.

Written in the same clear and engaging style as the bestselling Puzzle of Ethics and Puzzle of God, this book covers key content common to all the new specifications

Most importantly, Vardy places these themes in context and helps students to understand and appreciate Christianity, the largest religious tradition in the UK and worldwide. Through this latest book in Vardy’s bestselling series, students will enjoy their studies and see the relevance of taking the subject further.